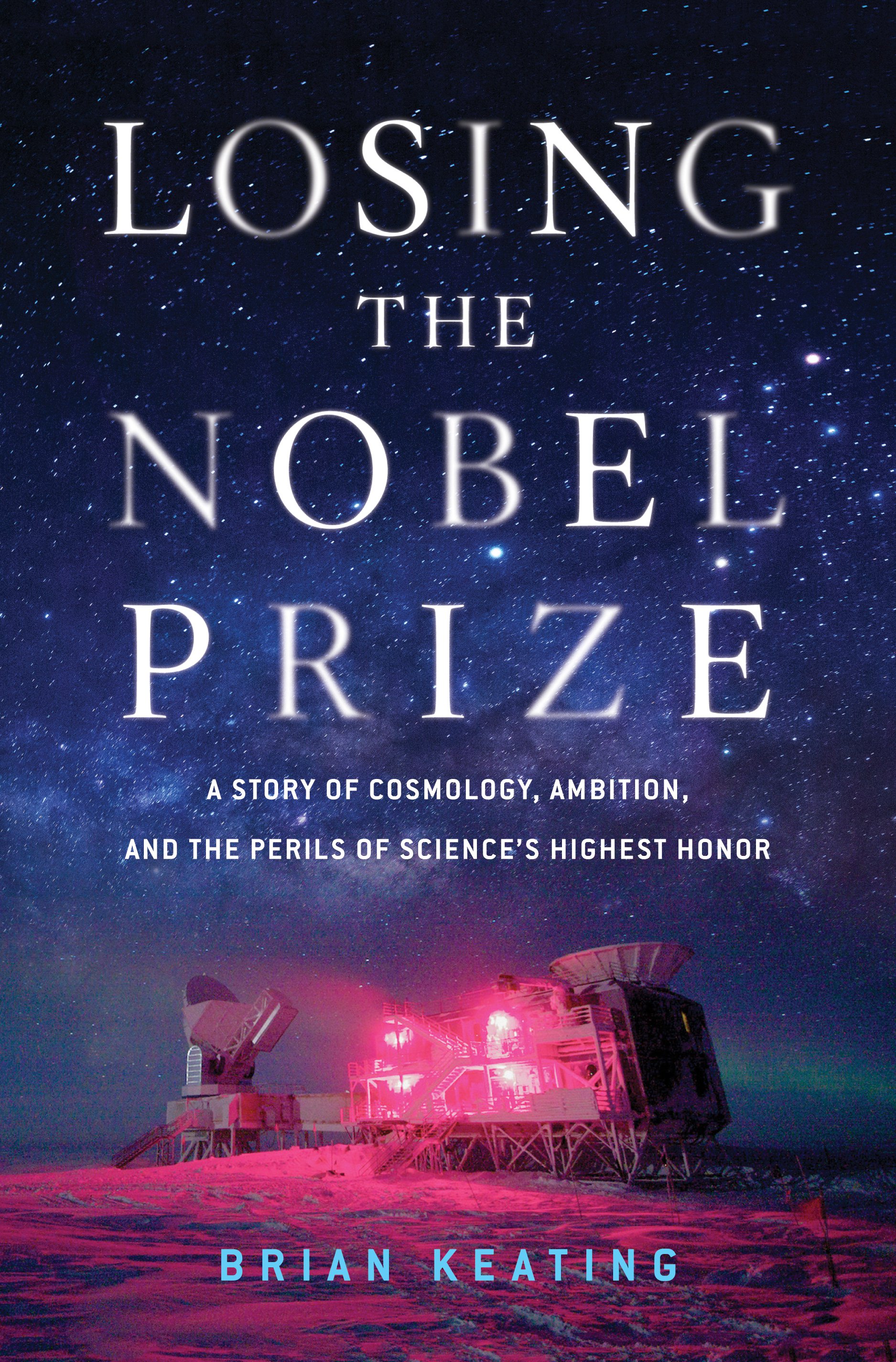 What would it have been like to be an eyewitness to the Big Bang? In 2014, astronomers wielding BICEP2, the most powerful cosmology telescope ever made, revealed that they’d glimpsed the spark that ignited the Big Bang. Millions around the world tuned in to the announcement broadcast live from Harvard University, immediately igniting rumors of an imminent Nobel Prize. But had these cosmologists truly read the cosmic prologue or, swept up in Nobel dreams, had they been deceived by a galactic mirage?

In Losing the Nobel Prize, cosmologist and inventor of the BICEP (Background Imaging of Cosmic Extragalactic Polarization) experiment Brian Keating tells the inside story of BICEP2’s mesmerizing discovery and the scientific drama that ensued. In an adventure story that spans the globe from Rhode Island to the South Pole, from California to Chile, Keating takes us on a personal journey of revelation and discovery, bringing to vivid life the highly competitive, take-no-prisoners, publish-or-perish world of modern science. Along the way, he provocatively argues that the Nobel Prize, instead of advancing scientific progress, may actually hamper it, encouraging speed and greed while punishing collaboration and bold innovation. In a thoughtful reappraisal of the wishes of Alfred Nobel, Keating offers practical solutions for reforming the prize, providing a vision of a scientific future in which cosmologists may, finally, be able to see all the way back to the very beginning.