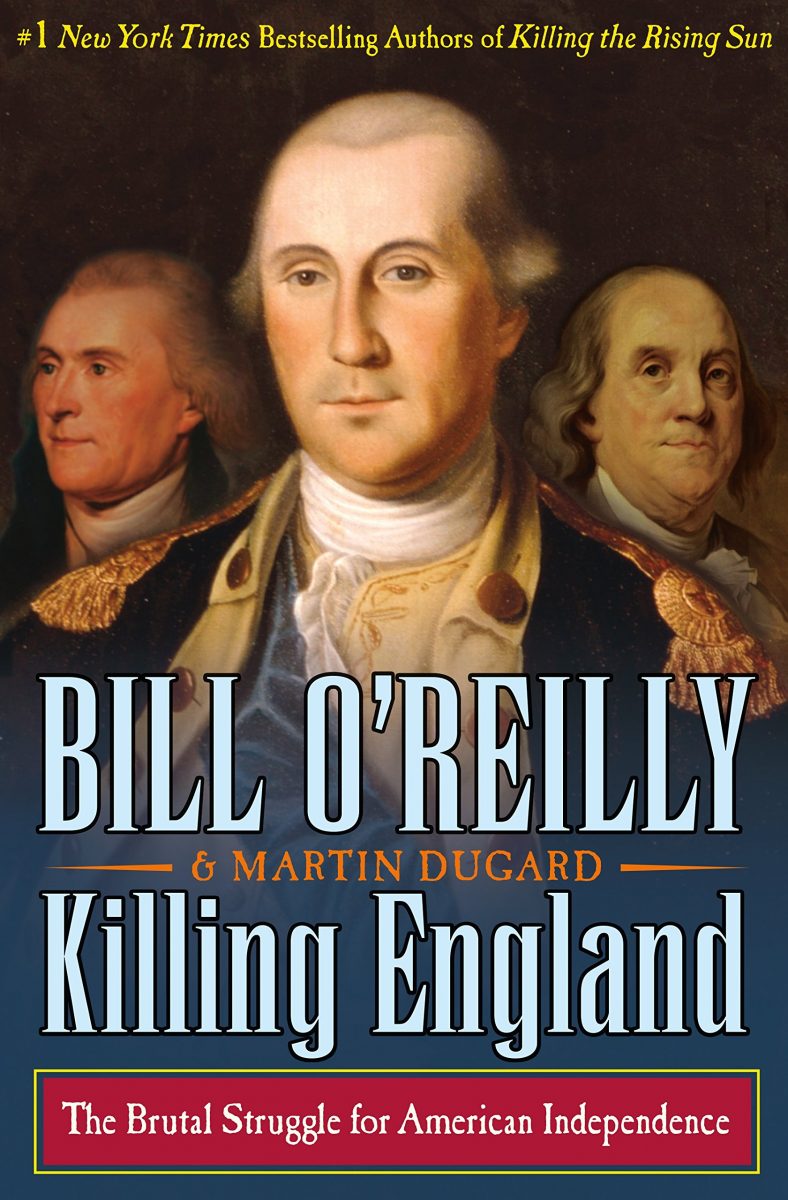 The breathtaking latest installment in Bill O’Reilly and Martin Dugard’s mega-bestselling Killing series transports readers to the most important era in our nation’s history, the Revolutionary War. Told through the eyes of George Washington, Benjamin Franklin, Thomas Jefferson, and Great Britain’s King George III, Killing England chronicles the path to independence in gripping detail, taking the reader from the battlefields of America to the royal courts of Europe. What started as protest and unrest in the colonies soon escalated to a world war with devastating casualties. O’Reilly and Dugard recreate the war’s landmark battles, including Bunker Hill, Long Island, Saratoga, and Yorktown, revealing the savagery of hand-to-hand combat and the often brutal conditions under which these brave American soldiers lived and fought. Also here is the reckless treachery of Benedict Arnold and the daring guerilla tactics of the “Swamp Fox” Frances Marion. A must read, Killing England reminds one and all how the course of history can be changed through the courage and determination of those intent on doing the impossible.