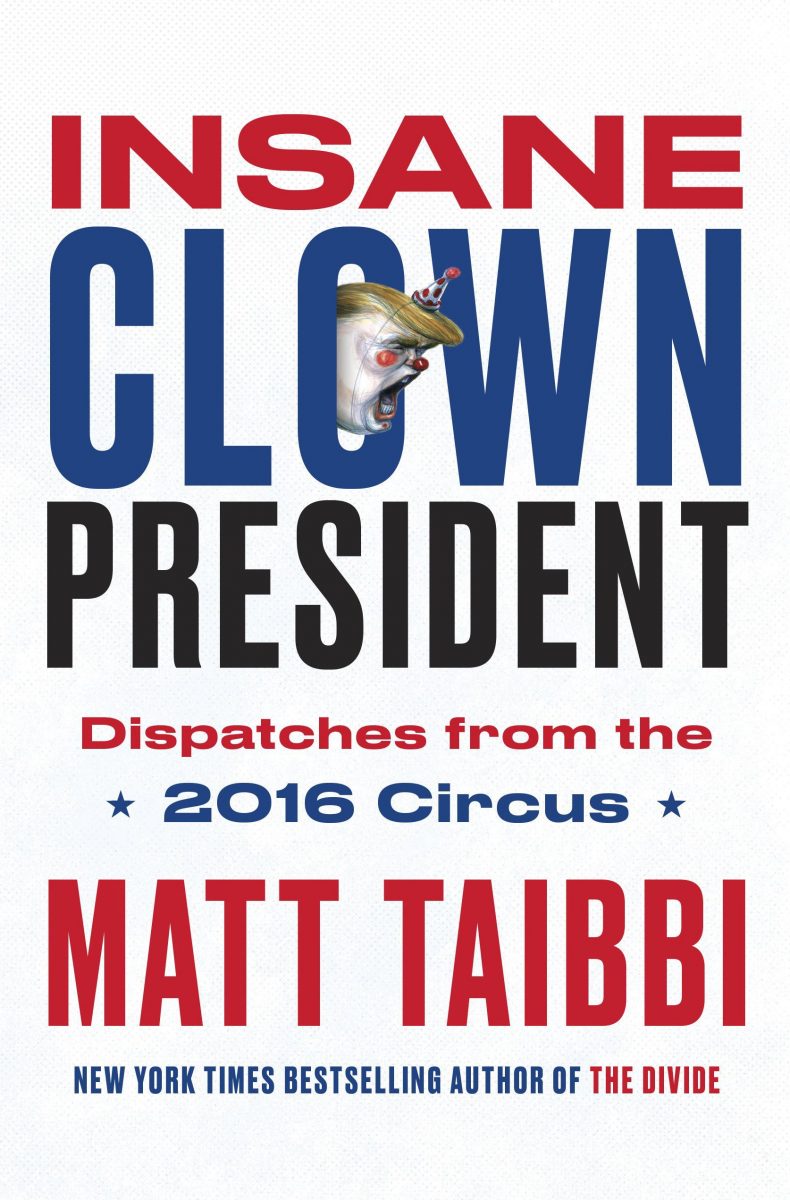 In twenty-five pieces from Rolling Stone—plus two original essays—Matt Taibbi tells the story of Western civilization’s very own train wreck, from its tragicomic beginnings to its apocalyptic conclusion. Years before the clown car of candidates was fully loaded, Taibbi grasped the essential themes of the story: the power of spectacle over substance, or even truth; the absence of a shared reality; the nihilistic rebellion of the white working class; the death of the political establishment; and the emergence of a new, explicit form of white nationalism that would destroy what was left of the Kingian dream of a successful pluralistic society.

Taibbi captures, with dead-on, real-time analysis, the failures of the right and the left, from the thwarted Bernie Sanders insurgency to the flawed and aimless Hillary Clinton campaign; the rise of the “dangerously bright” alt-right with its wall-loving identity politics and its rapturous view of the “Racial Holy War” to come; and the giant fail of a flailing, reactive political media that fed a ravenous news cycle not with reporting on political ideology, but with undigested propaganda served straight from the campaign bubble. At the center of it all stands Donald J. Trump, leading a historic revolt against his own party, “bloviating and farting his way” through the campaign, “saying outrageous things, acting like Hitler one minute and Andrew Dice Clay the next.” For Taibbi, the stunning rise of Trump marks the apotheosis of the new postfactual movement.

Taibbi frames the reporting with original essays that explore the seismic shift in how we perceive our national institutions, the democratic process, and the future of the country. Insane Clown President is not just a postmortem on the collapse and failure of American democracy. It offers the riveting, surreal, unique, and essential experience of seeing the future in hindsight.