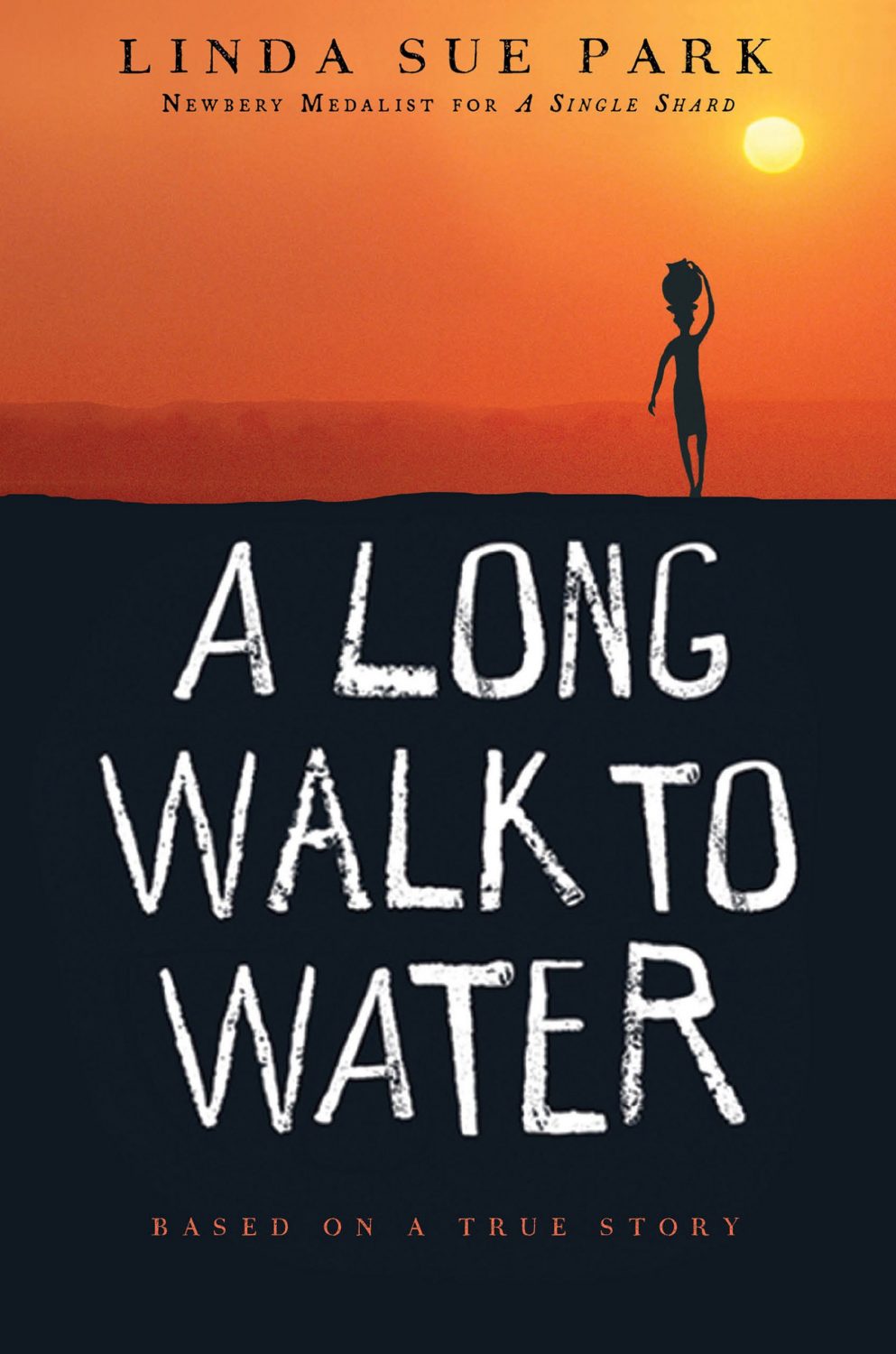 The New York Times bestseller A Long Walk to Water begins as two stories, told in alternating sections, about two eleven-year-olds in Sudan, a girl in 2008 and a boy in 1985. The girl, Nya, is fetching water from a pond that is two hours’ walk from her home: she makes two trips to the pond every day. The boy, Salva, becomes one of the “lost boys” of Sudan, refugees who cover the African continent on foot as they search for their families and for a safe place to stay. Enduring every hardship from loneliness to attack by armed rebels to contact with killer lions and crocodiles, Salva is a survivor, and his story goes on to intersect with Nya’s in an astonishing and moving way.
After 11-year-old Salva’s school in Sudan is attacked by brutal rebel soldiers in 1985, he describes several terrifying years on the run in visceral detail: “The rain, the mad current, the bullets, the crocodiles, the welter of arms and legs, the screams, the blood.” Finally, he makes it to refugee camps in Ethiopia and then Kenya, where he is one of 3,000 young men chosen to go to America. After he is adopted by a family in Rochester, New York, he is reunited with the Sudanese family that he left behind. There have been several books about the lost boys of Sudan for adults, teens, and even for elementary-school readers. But Newbery Award–winning Park’s spare, immediate account, based on a true story, adds a stirring contemporary dimension. In chapters that alternate with Salva’s story, Nya, a young Sudanese girl in 2008, talks about daily life, in which she walks eight hours to fetch water for her family. Then, a miracle happens: Salva returns home to help his people and builds a well, making fresh water available for the community and freeing Nya to go to school. The switching viewpoints may initially disorient some, but young readers will be stunned by the triumphant climax of the former refugee who makes a difference with the necessities that we all take for granted. Teachers may want to point out the allusion to Nelson Mandela’s A Long Walk to Freedom (1995) echoed in this moving book’s title. ~ Booklist
Ebook4Expert remains free and takes me a lot of time to search for the best books available on the net and share them with you. If you find any value and joy in my work, please consider supporting with a single donation of your choosing, in any amount, between a cup of coffee or a good lunch, via PayPal or bitcoin (which I prefer because it has near-zero transaction fee)
Donate Bitcoins
CLICK TO DOWNLOAD
MIRROR LINK 1
MIRROR LINK 2
MIRROR LINK 3
MIRROR LINK 4