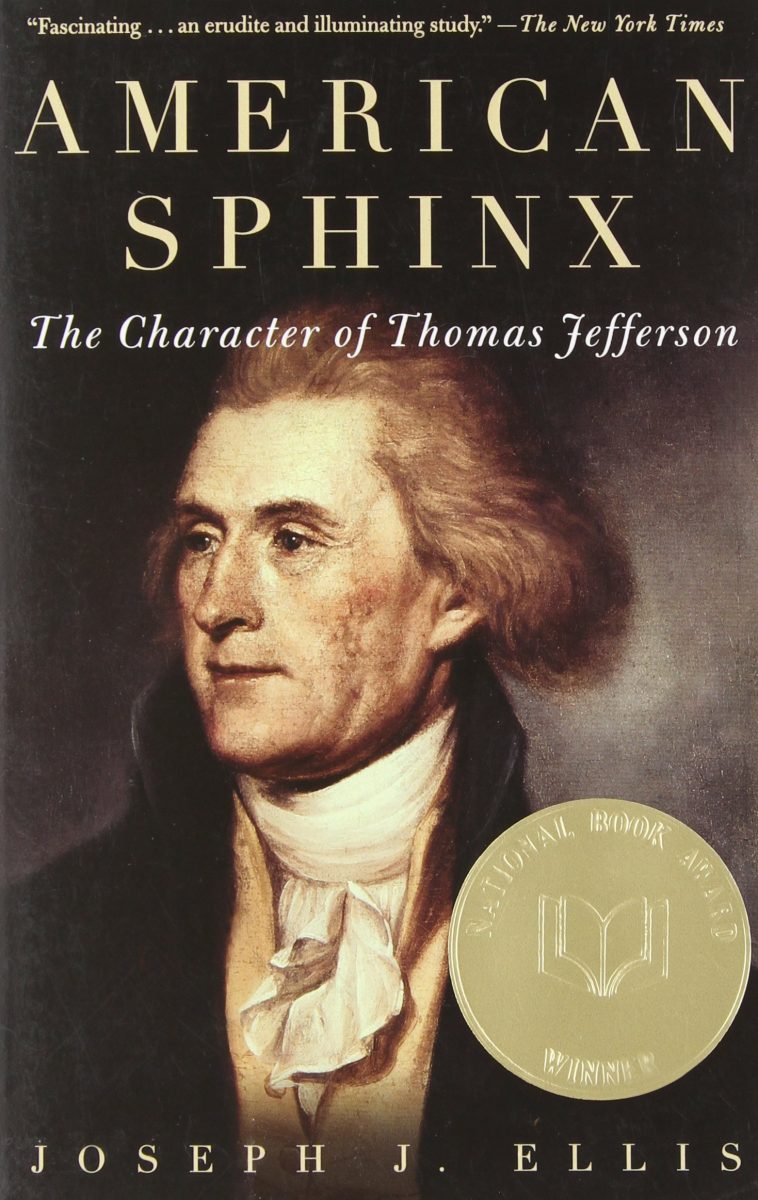 National Book Award Winner
For a man who insisted that life on the public stage was not what he had in mind, Thomas Jefferson certainly spent a great deal of time in the spotlight–and not only during his active political career. After 1809, his longed-for retirement was compromised by a steady stream of guests and tourists who made of his estate at Monticello a virtual hotel, as well as by more than one thousand letters per year, most from strangers, which he insisted on answering personally. In his twilight years Jefferson was already taking on the luster of a national icon, which was polished off by his auspicious death (on July 4, 1826); and in the subsequent seventeen decades of his celebrity–now verging, thanks to virulent revisionists and television documentaries, on notoriety–has been inflated beyond recognition of the original person.
For the historian Joseph J. Ellis, the experience of writing about Jefferson was “as if a pathologist, just about to begin an autopsy, has discovered that the body on the operating table was still breathing.” InAmerican Sphinx, Ellis sifts the facts shrewdly from the legends and the rumors, treading a path between vilification and hero worship in order to formulate a plausible portrait of the man who still today “hover[s] over the political scene like one of those dirigibles cruising above a crowded football stadium, flashing words of inspiration to both teams.” For, at the grass roots, Jefferson is no longer liberal or conservative, agrarian or industrialist, pro- or anti-slavery, privileged or populist. He is all things to all people. His own obliviousness to incompatible convictions within himself (which left him deaf to most forms of irony) has leaked out into the world at large–a world determined to idolize him despite his foibles.
From Ellis we learn that Jefferson sang incessantly under his breath; that he delivered only two public speeches in eight years as president, while spending ten hours a day at his writing desk; that sometimes his political sensibilities collided with his domestic agenda, as when he ordered an expensive piano from London during a boycott (and pledged to “keep it in storage”). We see him relishing such projects as the nailery at Monticello that allowed him to interact with his slaves more palatably, as pseudo-employer to pseudo-employees. We grow convinced that he preferred to meet his lovers in the rarefied region of his mind rather than in the actual bedchamber. We watch him exhibiting both great depth and great shallowness, combining massive learning with extraordinary naïveté, piercing insights with self-deception on the grandest scale. We understand why we should neither beatify him nor consign him to the rubbish heap of history, though we are by no means required to stop loving him. He is Thomas Jefferson, after all–our very own sphinx.
Ebook4Expert remains free and takes me a lot of time to search for the best books available on the net and share them with you. If you find any value and joy in my work, please consider supporting with a single donation of your choosing, in any amount, between a cup of coffee or a good lunch, via PayPal or bitcoin (which I prefer because it has near-zero transaction fee)
Donate Bitcoinshttps://www.coinbase.com/assets/button.js
CLICK TO DOWNLOAD
MIRROR LINK 1
MIRROR LINK 2
MIRROR LINK 3
MIRROR LINK 4