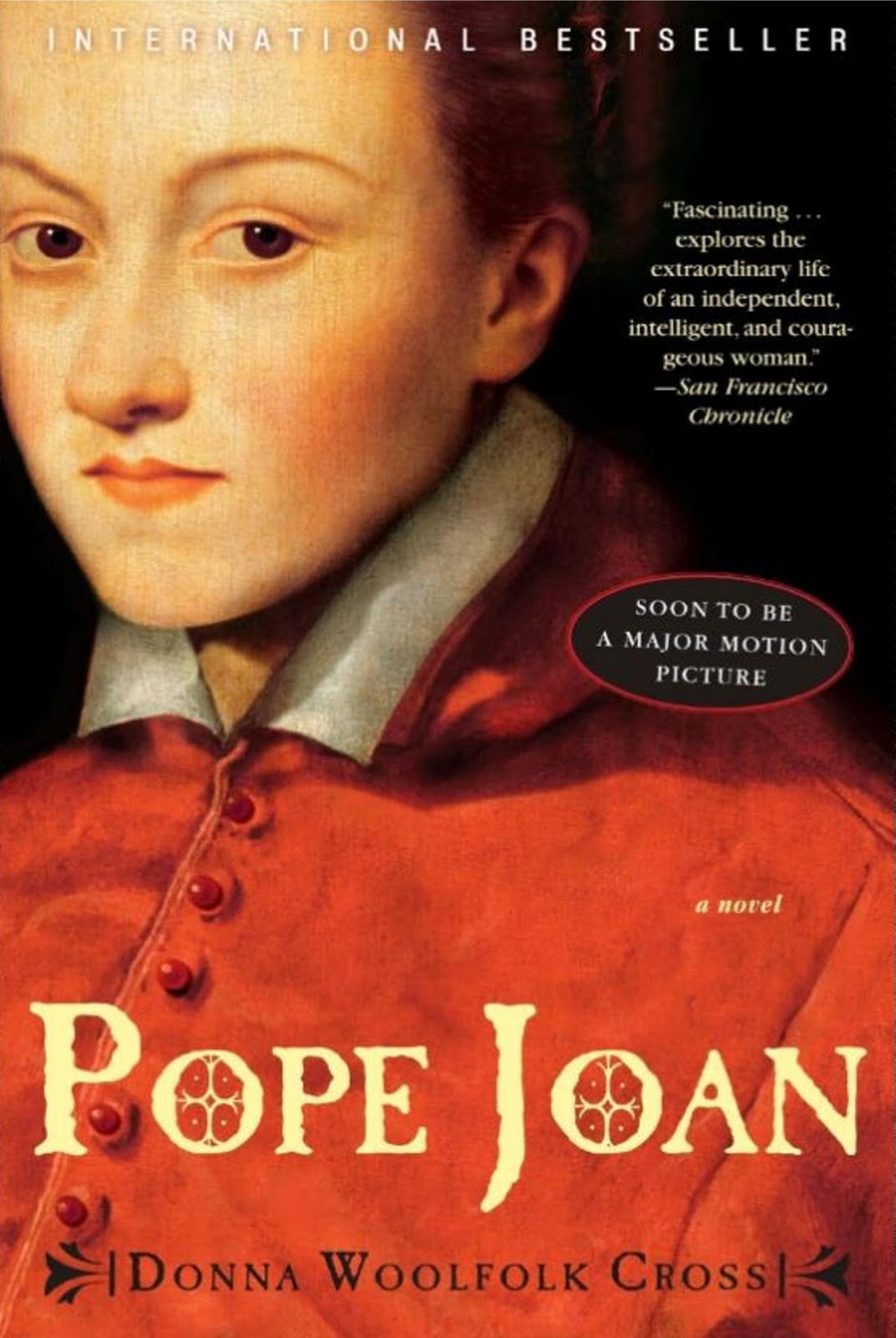 In this international bestseller, Donna Woolfolk Cross brings the Dark Ages to life in all their brutal splendor and shares the dramatic story of a woman whose strength of vision led her to defy the social restrictions of her day.
For a thousand years her existence has been denied. She is the legend that will not die –- Pope Joan, the ninth-century woman who disguised herself as a man and rose to become the only female ever to sit on the throne of St. Peter. Now in this riveting novel, Cross paints a sweeping portrait of an unforgettable heroine who struggles against restrictions her soul cannot accept.
Brilliant and talented, young Joan rebels against medieval social strictures forbidding women to learn. When her brother is brutally killed during a Viking attack, Joan takes up his cloak–and his identity–and enters the monastery of Fulda. As Brother John Anglicus, Joan distinguishes herself as a great scholar and healer. Eventually, she is drawn to Rome, where she becomes enmeshed in a dangerous web of love, passion, and politics. Triumphing over appalling odds, she finally attains the highest office in Christendom–wielding a power greater than any woman before or since. But such power always comes at a price
“Pope Joan has all the elements one wants in a historical drama – love, sex, violence, duplicity, and long-buried secrets. Cross has written an engaging book.”– Los Angeles Times Book Review
Ebook4Expert remains free and takes me a lot of time to search for the best books available on the net and share them with you. If you find any value and joy in my work, please consider supporting with a single donation of your choosing, in any amount, between a cup of coffee or a good lunch, via PayPal or bitcoin (which I prefer because it has near-zero transaction fee)
Donate Bitcoins
CLICK TO DOWNLOAD
MIRROR LINK 1
MIRROR LINK 2
MIRROR LINK 3
MIRROR LINK 4