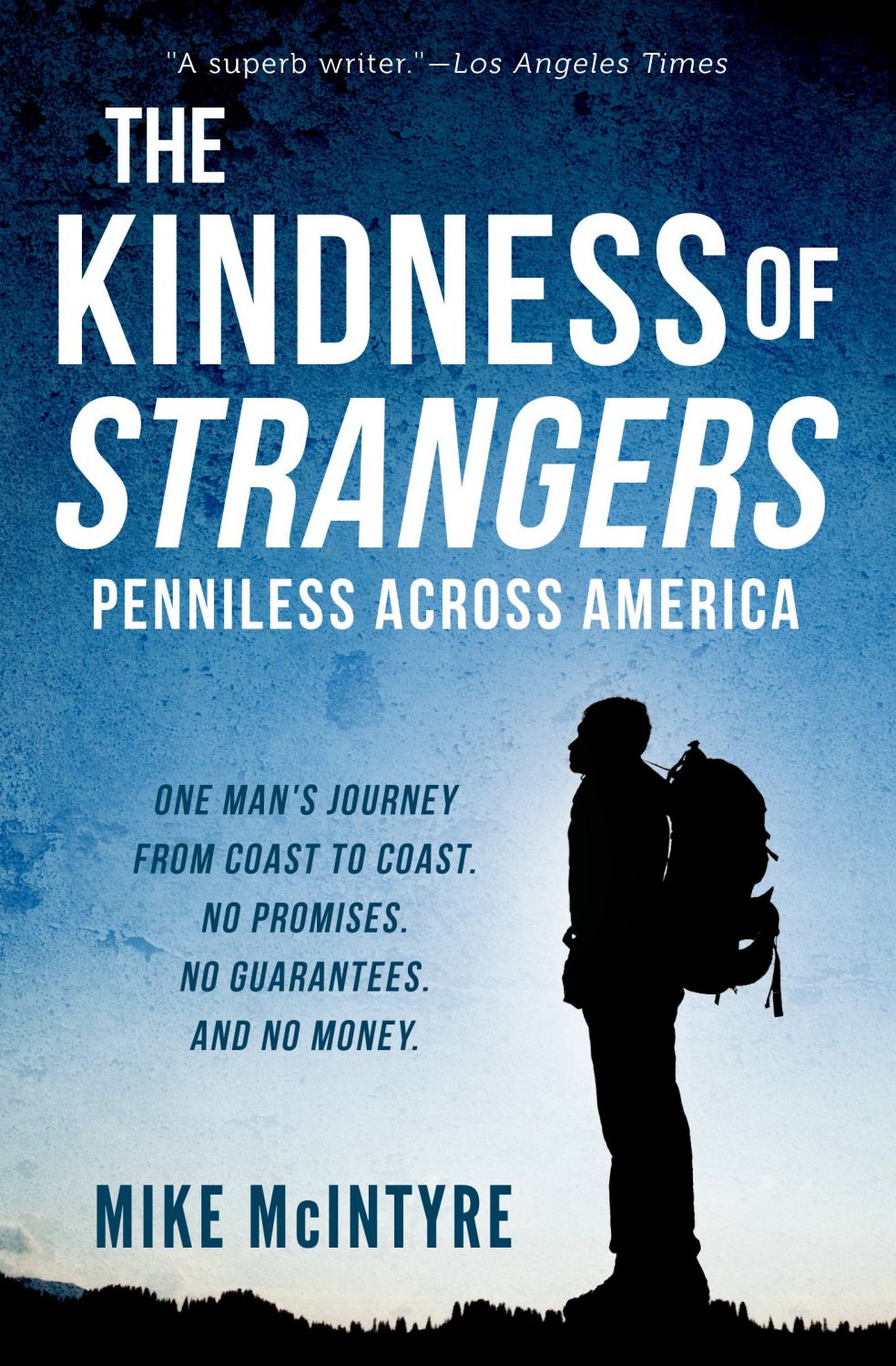 Stuck in a job he no longer found fulfilling, journalist Mike McIntyre felt his life was quickly passing him by. So one day he hit the road to trek from one end of the country to the other with little more than the clothes on his back and without a single penny in his pocket.
Through his travels, he found varying degrees of kindness in strangers from all walks of life–and discovered more about people and values and life on the road in America than he’d ever thought possible.
The gifts of food and shelter he received along the way were outweighed only by the touching gifts of the heart–the willingness of many he met to welcome a lonely stranger into their homes…and the discovery that sometimes those who give the most are the ones with the least to spare.
McIntyre decided to confront his fears and the shaky path his life was taking by hitchhiking from San Francisco to Cape Fear, N.C. Along the way, he hoped to find some kindness in the soul of America and vowed to accept no money, only food, shelter and friendship. Rather like William Least-Heat Moon’s Blue Highways or Andrei Codrescu’s Road Scholar, The Kindness of Strangers is the story of those who help and hinder his journey: the vast array of kind souls and weirdoes, as well as Americana at its best and worst. He stays a night with Edie, who cares for her brain-damaged granddaughter yet happily takes him in. A woman with a tear-shaped tattoo teaches him to feel at home in nature, not to fear the dark woods where he sometimes sleeps. He finds a sense of family on a ranch in South Dakota and meets a couple who give him a tent, although it is one of their most valuable possessions. Not everyone along the way is kind and generous, and there are plenty of strangers with dark ulterior motives. Exhausted and road-weary, he finally arrives in Cape Fear and realizes that it is a misnomer: “The name is as misplaced as my own fears. I see now that I have always been afraid of the wrong things. My great shame is not my fear of death, but my fear of life.” McIntyre writes eloquently and rekindles optimism in America’s character. ~ Publisher Weekly
“Could you survive a cross-country trip relying only on the kindness of strangers? Well, Mike McIntyre did. He put our country to the test, and what he found out sure surprised me.” ~ Oprah Winfrey
Ebook4Expert remains free and takes me a lot of time to search for the best books available on the net and share them with you. If you find any value and joy in my work, please consider supporting with a single donation of your choosing, in any amount, between a cup of coffee or a good lunch, via paypal or bitcoin (which I prefer because it has near zero transaction fee)
.
CLICK TO DOWNLOAD
MIRROR LINK 1
MIRROR LINK 2
MIRROR LINK 3
MIRROR LINK 4Password to Extract: ebook4expert
(the zip file is doubly encrypted)