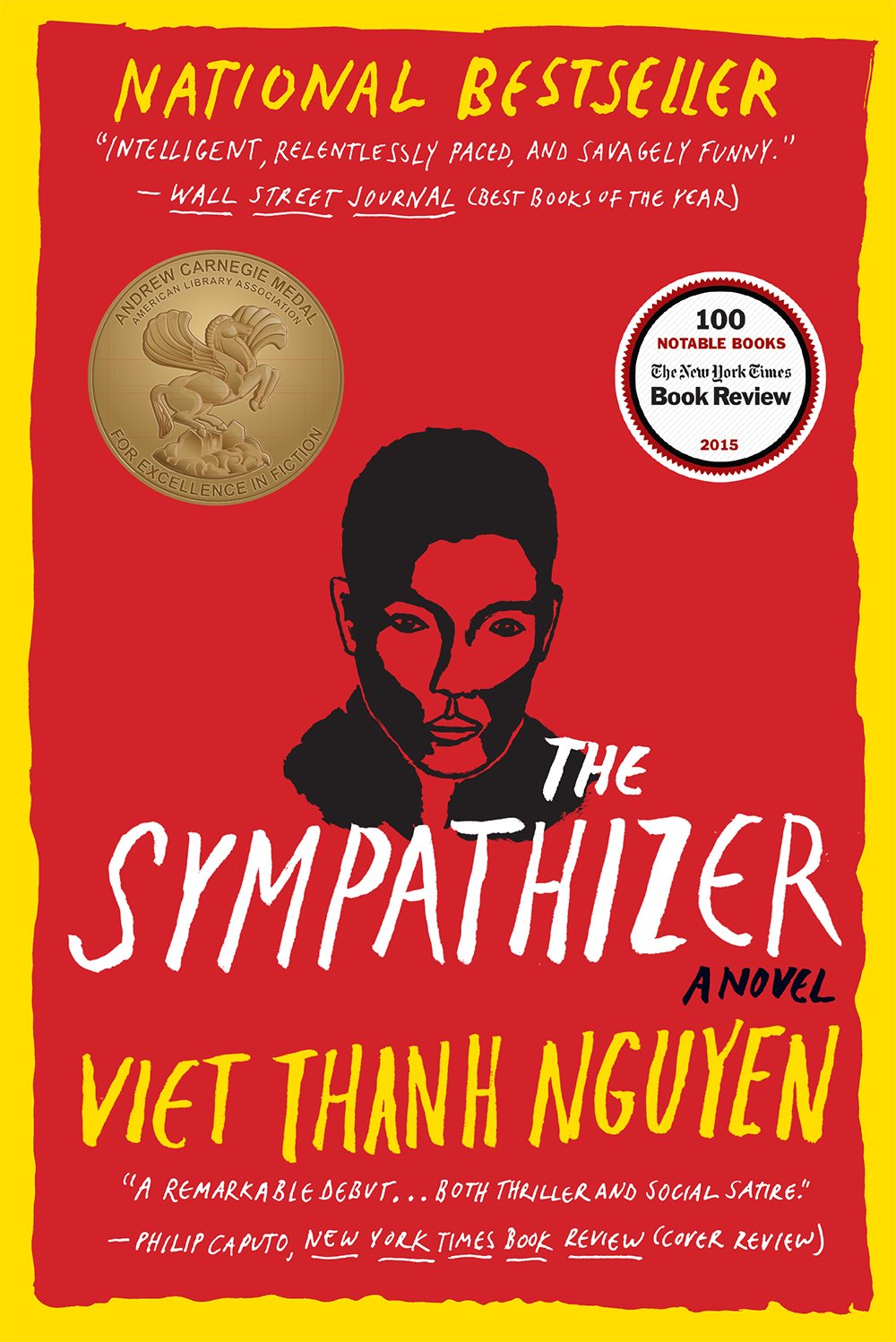 An Amazon Best Book of April 2015: Viet Thanh Nguyen’s The Sympathizer brilliantly draws you in with the opening line: “I am a spy, a sleeper, a spook, a man of two faces.” It’s thrilling, rhythmic, and astonishing, as is the rest of Nguyen’s enthralling portrayal of the Vietnam War. The narrator is an undercover communist agent posing as a captain in the Southern Vietnamese Army. Set during the fall of Saigon and the years after in America, the captain spies on the general and the men he escaped with, sharing his information with his communist blood brothers in coded letters. But when his allegiance is called into question, he must act in a way that will haunt him forever. Political, historical, romantic and comic, The Sympathizer is a rich and hugely gratifying story that captures the complexity of the war and what it means to be of two minds.
A National Bestseller
Winner of the 2016 Andrew Carnegie Medal for Excellence in Fiction
Winner of the 2015 Center for Fiction First Novel Prize
Winner of the 2015-2016 Asian/Pacific American Award for Literature (Adult Fiction)
Finalist for the 2016 PEN/Faulkner Award
Shortlisted for the PEN/Robert W. Bingham Prize for Debut Fiction
Finalist for the 2016 Edgar Award for Best First Novel
Finalist for the 2015 Los Angeles Times Book Prize (Mystery/Thriller)
Finalist for the 2016 ABA Indies Choice/E.B. White Read-Aloud Award (Book of the Year, Adult Fiction)
Finalist for the 2016 California Book Award for First Fiction
One of the New York Times’ 100 Notable Books of 2015
A Best Book of the Year by the New York Times Book Review, Wall Street Journal, Washington Post, Seattle Times, Kansas City Star, Orlando Weekly, Daily Beast, Library Journal,Kirkus Reviews, Publishers Weekly, Booklist, Guardian, National Post, MPR News, Amazon, Slate, Flavorwire, Entropy, Quartz, and Globe and Mail
One of 2015’s most highly acclaimed debuts, The Sympathizer is a Vietnam War novel unlike any other. The narrator, one of the most arresting of recent fiction, is a man of two minds and divided loyalties, a half-French half-Vietnamese communist sleeper agent living in America after the end of the war.
It is April 1975, and Saigon is in chaos. At his villa, a general of the South Vietnamese army is drinking whiskey and, with the help of his trusted captain, drawing up a list of those who will be given passage aboard the last flights out of the country. But, unbeknownst to the general, this captain is an undercover operative for the communists, who instruct him to add his own name to the list and accompany the general to America. As the general and his compatriots start a new life in Los Angeles, the captain continues to observe the group, sending coded letters to an old friend who is now a higher-up within the communist administration. Under suspicion, the captain is forced to contemplate terrible acts in order to remain undetected. And when he falls in love, he finds that his lofty ideals clash violently with his loyalties to the people close to him, a contradiction that may prove unresolvable.
A gripping spy novel, a moving story of love and friendship, and a layered portrayal of a young man drawn into extreme politics, The Sympathizer examines the legacy of the Vietnam War in literature, film, and the wars we fight today.
“This is more than a fresh perspective on a familiar subject. [The Sympathizer] is intelligent, relentlessly paced and savagely funny . . . The voice of the double-agent narrator, caustic yet disarmingly honest, etches itself on the memory.”—Wall Street Journal (WSJ’s Best Books of 2015)
Ebook4Expert remains free and takes me a lot of time to search for the best books available on the net and share them with you. If you find any value and joy in my work, please consider supporting with a single donation of your choosing, in any amount, between a cup of coffee or a good lunch, via paypal or bitcoin (which I prefer because it has near zero transaction fee)
Donate Bitcoinshttps://www.coinbase.com/assets/button.js
CLICK TO DOWNLOAD
MIRROR LINK 1
MIRROR LINK 2
MIRROR LINK 3
MIRROR LINK 4