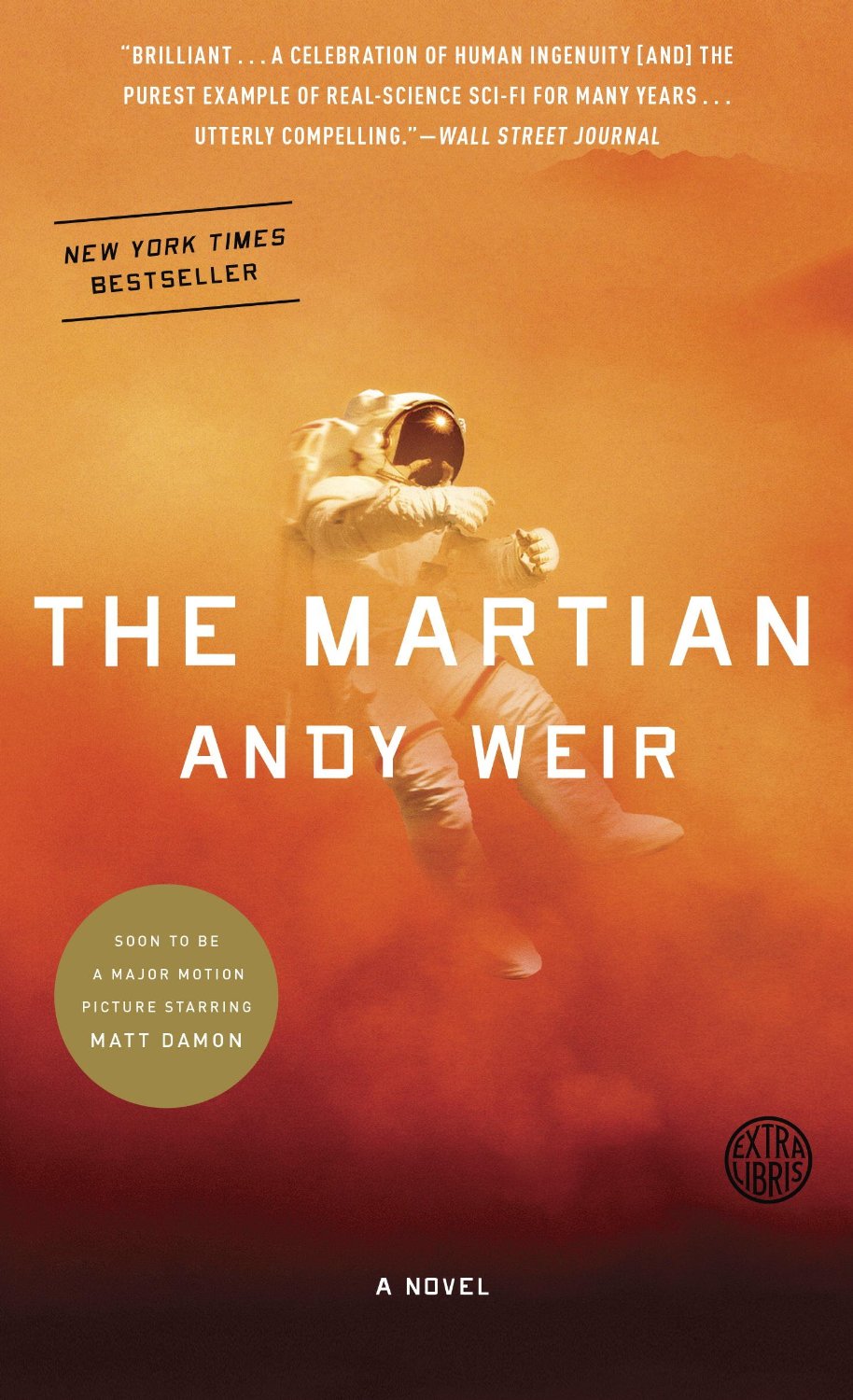 Six days ago, astronaut Mark Watney became one of the first people to walk on Mars.
Now, he’s sure he’ll be the first person to die there.
After a dust storm nearly kills him and forces his crew to evacuate while thinking him dead, Mark finds himself stranded and completely alone with no way to even signal Earth that he’s alive—and even if he could get word out, his supplies would be gone long before a rescue could arrive.
Chances are, though, he won’t have time to starve to death. The damaged machinery, unforgiving environment, or plain-old “human error” are much more likely to kill him first.
But Mark isn’t ready to give up yet. Drawing on his ingenuity, his engineering skills—and a relentless, dogged refusal to quit—he steadfastly confronts one seemingly insurmountable obstacle after the next. Will his resourcefulness be enough to overcome the impossible odds against him?
Remember Man Plus, Frederik Pohl’s award-winning 1976 novel about a cyborg astronaut who’s sent, alone, to Mars? Imagine, instead, that the astronaut was just a regular guy, part of a team sent to the red planet, and that, through a series of tragic events, he’s left behind, stranded and facing certain death. That’s the premise of this gripping and (given its subject matter) startlingly plausible novel. The story is told mostly through the log entries of astronaut Mark Watney, chronicling his efforts to survive: making the prefab habitat livable and finding a way to grow food, make water, and get himself off the planet. Interspersed among the log entries are sections told from the point of view of the NASA specialists, back on Earth, who discover that Watney is not dead (as everyone assumed) and scramble together a rescue plan. There are some inevitable similarities between the book and the 1964 movie Robinson Crusoe on Mars, but where the movie was a broad sci-fi adventure, the novel is a tightly constructed and completely believable story of a man’s ingenuity and strength in the face of seemingly insurmountable odds. Riveting ~ Booklist
Ebook4Expert remains free and takes me a lot of time to search for the best books available on the net and share them with you. If you find any value and joy in my work, please consider supporting with a single donation of your choosing, in any amount, between a cup of coffee or a good lunch, via paypal or bitcoin (which I prefer because it has near zero transaction fee)
.
Wanna read? Please leave me a message at
ebook4expert@gmail.com

One thought on “The Martian [ebook] by Andy Weir (epub/mobi)”