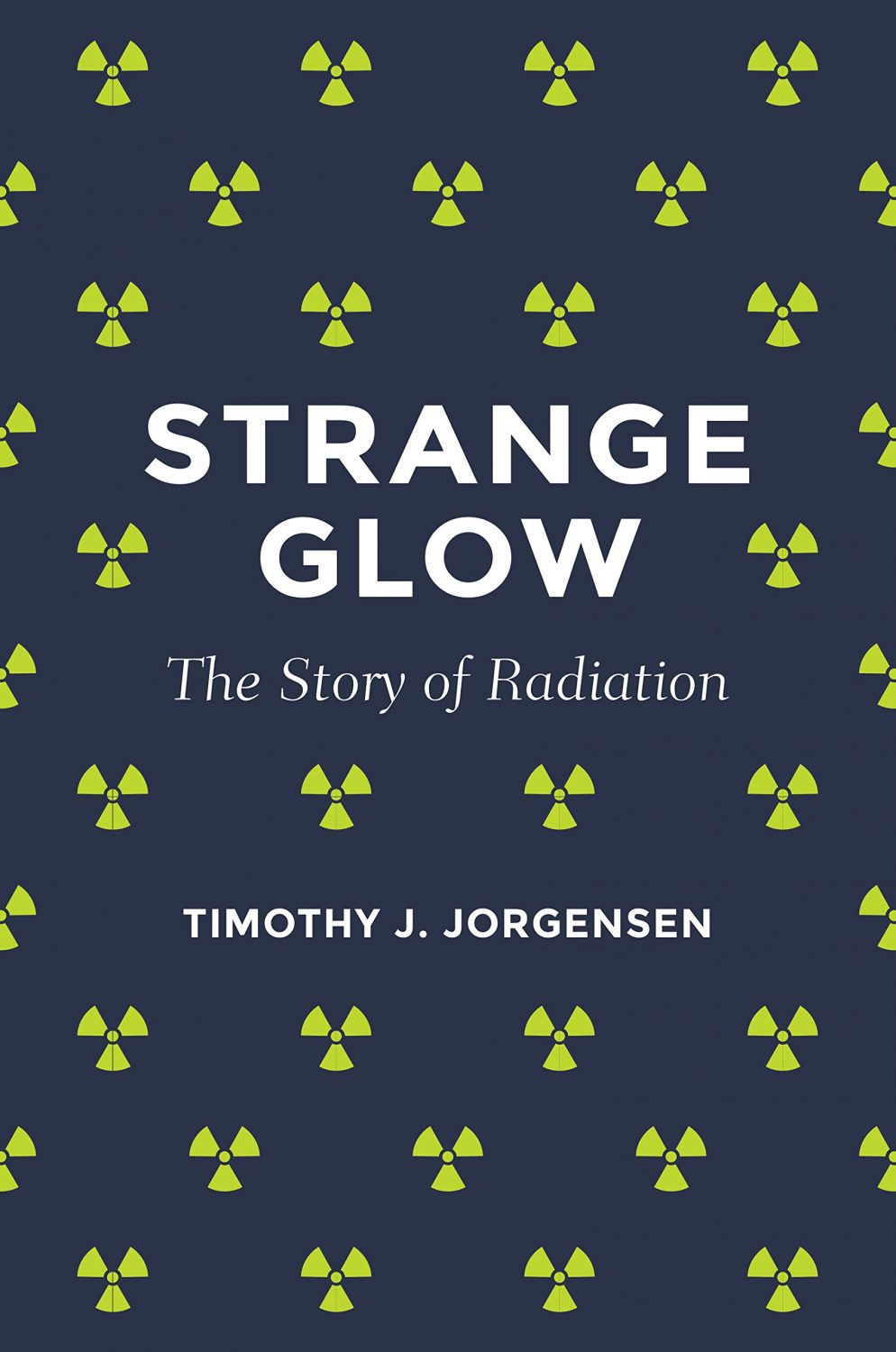 More than ever before, radiation is a part of our modern daily lives. We own radiation-emitting phones, regularly get diagnostic x-rays, such as mammograms, and submit to full-body security scans at airports. We worry and debate about the proliferation of nuclear weapons and the safety of nuclear power plants. But how much do we really know about radiation? And what are its actual dangers? An accessible blend of narrative history and science, Strange Glow describes mankind’s extraordinary, thorny relationship with radiation, including the hard-won lessons of how radiation helps and harms our health. Timothy Jorgensen explores how our knowledge of and experiences with radiation in the last century can lead us to smarter personal decisions about radiation exposures today.
Jorgensen introduces key figures in the story of radiation—from Wilhelm Roentgen, the discoverer of x-rays, and pioneering radioactivity researchers Marie and Pierre Curie, to Thomas Edison and the victims of the recent Fukushima Daiichi nuclear power plant accident. Tracing the most important events in the evolution of radiation, Jorgensen explains exactly what radiation is, how it produces certain health consequences, and how we can protect ourselves from harm. He also considers a range of practical scenarios such as the risks of radon in our basements, radiation levels in the fish we eat, questions about cell-phone use, and radiation’s link to cancer. Jorgensen empowers us to make informed choices while offering a clearer understanding of broader societal issues.
Investigating radiation’s benefits and risks, Strange Glow takes a remarkable look at how, for better or worse, radiation has transformed our society.
“Jorgensen walks readers through the history of humanity’s interaction with radiation. . . . [Strange Glow] is a solid, accessible work, but perhaps its most beneficial aspect is that Jorgensen equips readers with enough knowledge to make their own risk assessments, whether it is of a potential medical diagnostic test or a particular consumer decision.”–Publishers Weekly
Ebook4Expert remains free and takes me a lot of time to search for the best books available on the net and share them with you. If you find any value and joy in my work, please consider supporting with a single donation of your choosing, in any amount, between a cup of coffee or a good lunch, via paypal or bitcoin (which I prefer because it has near zero transaction fee)
Donate Bitcoinshttps://www.coinbase.com/assets/button.js
CLICK TO DOWNLOAD
MIRROR LINK 1
MIRROR LINK 2
MIRROR LINK 3
MIRROR LINK 4Password to Extract: ebook4expert
(the zip file is doubly encrypted)