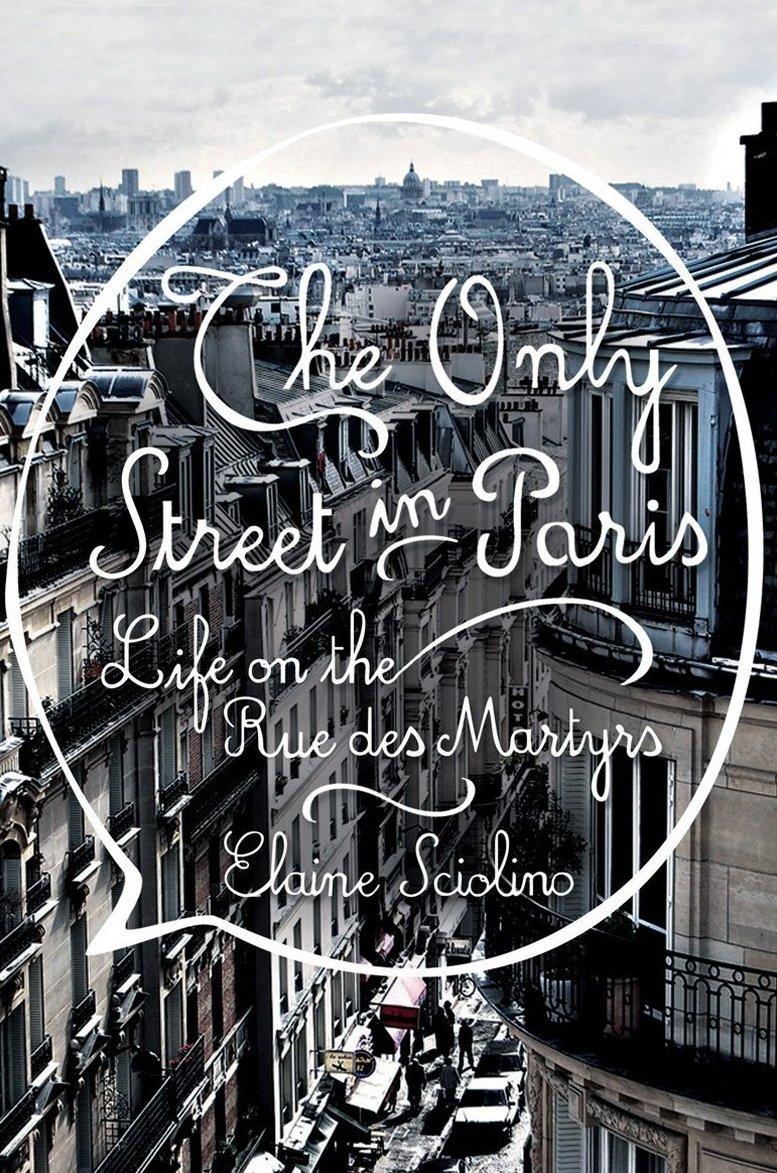 Elaine Sciolino, the former Paris bureau chief of the New York Times, invites us on a tour of her favorite Parisian street. “I can never be sad on the rue des Martyrs,” Sciolino explains, as she celebrates the neighborhood’s rich history and vibrant lives. While many cities suffer from the leveling effects of globalization, the rue des Martyrs maintains its distinct allure. Sciolino reveals the charms and idiosyncrasies of this street and its longtime residents―the Tunisian greengrocer, the husband-and-wife cheesemongers, the showman who’s been running a transvestite cabaret for more than half a century, the owner of a 100-year-old bookstore, the woman who repairs eighteenth-century mercury barometers―making Paris come alive in all its unique majesty. The Only Street in Paris will make readers hungry for Paris, for cheese and wine, and for the kind of street life that is all too quickly disappearing. 25 photographs.
“Countless authors have used a city as their muse… In The Only Street in Paris, Elaine Sciolino explores the rue des Martyrs, a quiet street that cuts through the French capital’s ninth arrondissement… Vivid… a blend of memoir and research, as Sciolino mixes her personal memories of expat life with the stories of artists and luminaries who walked the rue des Martyrs before her.” (The New Republic)
It’s the people who make Paris Paris. And in her latest book, Sciolino celebrates this idea, bringing her favorite street to life through the stories and histories of its residents and merchants… Anyone who loves Paris’s remaining quirky “villages” will revel in Sciolino’s meticulously reported accounts… Sciolino doesn’t lack for inspiration; she has Paris at her feet. (The New York Times)
.
CLICK TO DOWNLOAD
MIRROR LINK 1
MIRROR LINK 2
MIRROR LINK 3
MIRROR LINK 4